The Vulcan has decided to join the campaign against the Chancellor of the Exchequer's decision to increase the tax on alcoholic drinks by 2% above inflation over the next 4 years and has therefore put this poster up at the pub entrance. If you want an A4 copy just click on the image and save or print from there.

The on-line petition has so far been signed by supporters from 37 UK towns and cities, 2 German cities, 2 Canadian cities and 2 Swedish cities and the paper 'in pub' petition by hundreds of others.
With the Welsh Beer and Cider Festival due next month at Cardiff International Arena (it's just around the corner) we expect those numbers to grow exponentially.
Now that the local council elections are over we can get down to business with local councillors John Dixon and Nigel Howells about a real local issue in Adamsdown (other than their re-election) and see what if anything they plan to do in support of this campaign.
If you want to express your views to them (Cardiff is a mainly Liberal Democrat City) you can e-mail them via the following links:
Jenny Willot Member of Parliament for Cardiff Central
Jenny Randerson Welsh Assembly Minister for Cardiff Central
John Dixon Local Councillor
Nigel Howells Local Councillor and City Council Executive Member for Sport, Leisure, and Culture

Posted by dodgyscouse at 13:44 1 comments

Friday night was a busy one with the back room full of returning students, Wonderbrass members and King Django who were at Atrium rehearsing for there upcoming gigs etc. This was another chance to get your hands on Liz's famous locally produced sausages. They appear along with chips and or sandwiches whenever there's a meeting on in the back room or it's Quiz Night (Mondays in Term Time) or the Darts Team are at home (alternate Tuesdays), The German Society (every Tuesday). If you're in the area why not pop in.
P.S. The Quiz Night on a Monday raises money for a Local Pensioners Christmas Fund.

Posted by dodgyscouse at 15:50 0 comments 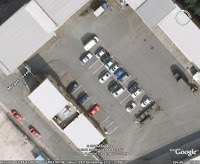 The campaign has been running for two weeks now and the petition is going from strength to strength.
Approximately 300 people have signed it in the pub with many more asking to take blank forms away with them.
The on-line version is taking time to get going but it is early days. Google's crawler hasn't found the site yet but it has been verified.
Gossip... The Ministry of Defence are not too happy about the proposed plans for three 11-13 storey tower blocks next door to a secure Territorial Army base which is used for ...deleted.., but it's not surprising really, given anyone could rent/buy an apartment and directly overlook it. Click the image above to see Google Earth's view from 231 feet. The same goes for the overview residents would get of Cardiff Prison across the road.
I think the expression is 'eye shot'.

Gossip... the Manic Street Preachers are to support the campaign to save the Vulcan, due to them being Welsh and drinking in the pub when they're in town. Thanks lads if it's true.

Posted by dodgyscouse at 04:01 0 comments

We're looking for someone to translate these posts into Welsh so that a separate but linked blog can be created.
All you'll have to do is translate the posts and comments (if any) and send them to us at Save the Vulcan and we'll do the rest.
Diolch

Posted by dodgyscouse at 14:48 1 comments 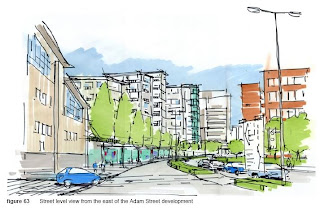 
"was originally part of the St David’s 2 master plan and was in the first outline planning application. It was dropped from the more recent applications and the site is being used as a temporary car park while St David’s 2 is being built. These towers may yet be built after St David’s 2 has been completed."
There are 3 residential tower blocks in the plan and the limited information they have can be found here just scroll down the list and click on Adam Street Developments Blocks 1,2, and 3

Posted by dodgyscouse at 12:24 0 comments 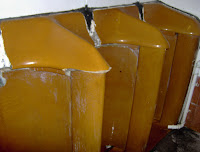 of the outside of the Vulcan is perfectly feasible given that Craven Dunnill Jackfield the company that originally provided the tiling is still in existence, and specialise in restoration projects. Their name is stamped on the back of each of the pub's tiles. Presumably they also provided the tiles for other Brains pubs, notably the Golden Cross down the road which has a similar exterior but a more extensive tiled interior. The oldest Gent's toilet in Cardiff could also do with a bit of TLC

Posted by dodgyscouse at 21:02 0 comments